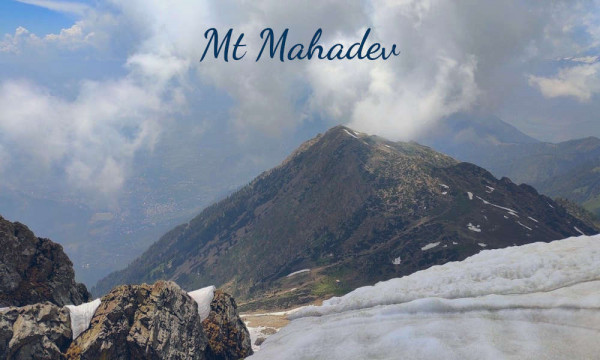 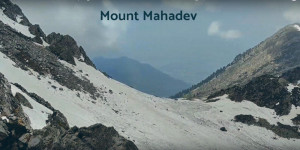 Mount Mahadev is the highest peak of the Zabarwan range and the most elevated point of Srinagar. Overlooking Srinagar city and situated at an altitude of 3966 meters (13011 feet). Mt Mahadev can be viewed from most areas of Srinagar. It lies in close proximity to Dachigam National Park, the scene is wealthy in greenery. The highest point of Mt Mahadev gives stunning viewpoints of Srinagar City, Dachigam National Park, Mount Nun Kun, Mount Kolahoi, and Mount Harmukh.

It is also known as the peak of Srinagar. It is covered with snow for almost half of the year. The Tarsar and Marsar lakes lie on the eastern side of this mountain. Other than Mahadev top, places like Mamneth, Astanmarg, Ledwas, and Burzwas, are outstanding among travelers.

It can be climbed through Faqir Gujri, near Scholars’ School, Dara Theed Harwan. The trip can be both a day trek as well as a night trek with a night stay at Ledwas. The trek has moderate difficulty. We need to cross a couple of little streams while heading to Ledwas, which is reliably charming. Nomads can be seen grazing the cattle with their horses carrying essentials.